With so much craziness going on in the world today, one thing that keeps us all a little bit more sane in our day-to-day lives, is laughter. So what better way is there to inspire and uplift people, than with positive messages drenched in humor??? Entrepreneur, author and comedian Miss Tranea Prosser, also known as MizT, can attest to the idea that laughter is the best remedy for almost anything that you can think of. And she’s now making a living creating quality content with the perfect combination of both laughter and truth.

MizT’s debut book, “Celibacy: What Was I thinking,” dives into her personal life as she shares her biggest lessons learned in life and the best decisions she’s made in intimacy. Keeping thing honest yet always humorous, MizT’s unforgivable, tea-spilling piece of writing is sure to be a conversation starter amongst women and men worldwide. As she dives into her married and unmarried sex life, MizT makes it plain and clear that she has nothing to hide! She also gives fans a chance to take her humor and advice on the road with, “Back At Ya Lord!”, her official Comedy CD. Keeping things real and leaving no topic untouched, MizT uses her humor to discuss those gossip-worthy scenarios that we all have at least once witnessed in Church; From the pulpit, to the choir, preachers, and even children, MizT’s comedic style is sure to leave you in tears the entire time!

We had the opportunity to chat with MizT herself, and here’s what she had to say about her journey as an entrepreneur and her craft as a whole:

How did you come up with the name MizT?

I had a former supervisor who had a hard time pronouncing my name so he started calling me MizT and since I knew that I would eventually grace someone’s stage, that would be my stage name!

 How/when did you get started?
I started serving as an emcee for church and social events for about 5 years before I decided to record the stories that I was sharing about my experience as a Sunday School teacher at these events. And in 2008 I made my first comedy CD project Back At Ya Lord, which is giving God back the gift of laughter he has let me share with others.
 Who did you look up to growing up that you feel inspires your body of work?
The names I am sharing are not clean comedians! Eddie Murphy, Bernie Mac, Sam Kinison, Redd Foxx, Mom’s Mabley. I enjoyed them, but I prefer to do clean sets. I watched them for delivery and stage presence.
 What’s been one of the funniest experiences that you’ve had as a comedian?
I recently did a presentation to some 3rd & 4th graders and in their thank you notes, one of them said, “Thank you for teaching me about comadi.” I really get a kick out of the expressions on people’s faces in response to my skits.
 What separates you from other comedians today?
My content was considered too clean to go on tour in Australia in 2010. My material is different from anyone out there, secular or gospel, because I do skits with music and I sing sometimes on my sets. My message is like hope with laughter, you can sleep well on it and it rests well with you for a long time.
What do you enjoy most about the creative process that comes along with being?
The creativity never stops so I have to write it down and then later it will hit me where it will be most effective as a piece for my comedy radio show or how I can flush it out into a skit to perform.
 What’s been the hardest part about going into business for yourself?
Not having a manager with the networking connections to move things along at a faster pace. You have to be careful of false promoters who want to take advantage of your talent without paying for it.
 How has being an Entrepreneur affected your social life?
I never was the type to go the clubs anyway, so I don’t feel like I’m missing anything. I do make time for fun dates and hanging out with girlfriends.
 On your hardest days, what keeps you motivated to keep going???

The fact that God promised to take care of me and I expect him to continue to do so and I am prepared to keep knocking on the doors and believe that one will open and the hinges will just fall off of it so it remains open. I have to encourage myself.

 Why do you feel it’s important to Own Your Own?
The only way I can show you who I am and what I offer is to own my own. I know that I work harder for my own that I will for someone else, not less, but not as hard. Black Women are so talented and we all have different talents to share with the world and if we support each other, there is room at the top for all of us.
 If you had one piece of advice for fellow entrepreneurs, what would it be?
Keep your circle tight with trust friends who support you and will hold you accountable for your actions.
 If you could only describe comedic style using only 3 words, what would they be?
Refreshingly Innocent and Hilarious
You’ve done books, a comedy cd, and countless shows across the world! So I have to ask — What’s next for MizT?
I have 2 comedy projects coming out this summer, continue my radio show MizT’s Comedy Nuggets on blogtalkradio.

One thing is for sure– MizT isn’t afraid to test new waters with her talent! Staying true herself and authentic to her craft, MizT is on a mission to inspire others on a where fans can laugh and relate, while still being able to soak in the message. With live shows, audio cd’s and a debut book under her under her belt, she’s created a platform built to inspire others, while dishing out the truth by any means necessary. She just finished an incredible set this past Saturday March 5th, 2016 at St. James UMC at their 6th Annual Gospel X-traganza in Texas and she isn’t stopping there! From retirement parties and festivals, to women empowerment conferences, MizT is pulling out all stops to deliver nothing but humor to each and every person who crosses her path.

Ready to get your laugh on???  Check out her website for more details on products and upcoming shows — I guarantee you it will be worth every penny. 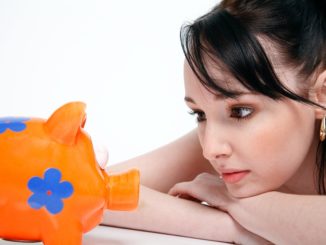 Penny Pincher 101: 5 Creative Ways to Save Money in August That DON’T Involve A Piggy Bank 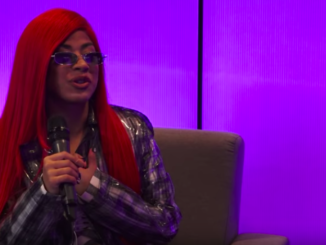 Hennessy Carolina on Babysitting for Cardi B + Love Advice 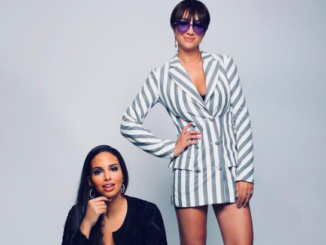