Love & Hip Hop: Atlanta’s Tiffany Foxx stepped up to Hot 97 to give some details on her role in the new season of the show with Nessa.

Foxx, who is currently working with Lil’ Kim is hoping that the show will help launch her rap career and bring a bigger presence to who her talents.

“When you have a great talent you don’t want it overshadowed by reality tv,” she said.

Although she is trying to increase her popularity, don’t expect her to be on the show fighting everybody, an getting into people’s business.

“I don’t get in the middle unless you are getting too disrespectful.”

She is looking to model her reality television career after K. Michelle in the way she catapulted her career off of the fans that discovered her from the show. One person she doesn’t see herself working with in the future though is Nicki Minaj, and it’s not because of her “beef” with Lil’ Kim.

“I don’t see Nicki working with somebody else who’s very lyrical, attractive, and a female MC.”

You can catch Tiffany Foxx on Love & Hip Hop: ATL Monday’s at 8pm.

BEFORE SHE WAS ON LOVE & HIP HOP ATL, she was spotted at the Season 2 Premiere Party in 2013! 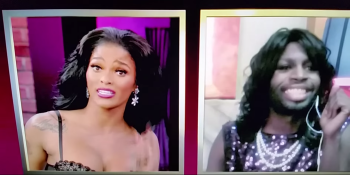 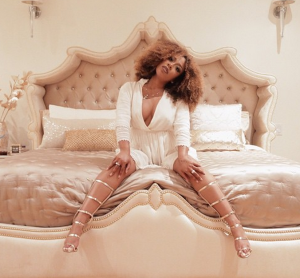 K. Michelle Plans to Quit Music After Her Next Album 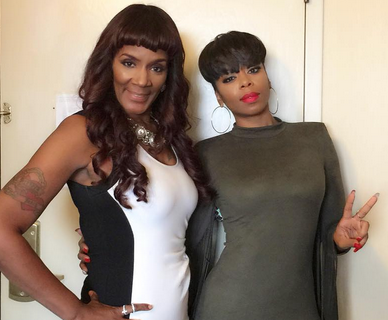